A captivating Singer, Songwriter and Guitarist, Shane Kelley is a passionate and soulful performer. His lyrics, reflective of his South Texas Roots, embrace the essence of
“Texas Rock”, Blues & Outlaw Country

Stemming from Houston, TX and recently re-settling into the Austin area, Shane is an active member of the Central Texas Music Scene with ties to the Houston and San Antonio Blues Societies, Livenation, House of Blues as well as Charity work with the USO, Lonestar Veterans Association, Texas Equusearch – TCEQ, Tip of The Spear and The Benefit Betties.

Shane began teaching himself guitar at the age of 15 and later received a Minor in Music from TX State University in 2010. Since then, he has been nominated for multiple awards over the years including “Best Rock Band” “Best Rock Guitar Player” “Best Blues Player” “Best Male Vocalist” via The Houston Press and most recently received a nomination for “Album of the Year” via Rock-N-Review for the 2019 release of The Bayou City Outlaw Band’s EP “Loud, Fast & Badass”
and his 2020 Solo EP “Smoke Show”.

Having shared the stage with such acts as Black Stone Cherry, Tesla, Blackberry Smoke, Robin Trower, Dangerous Toys, LA Guns, Trapt, Bubba Sparxx, Saliva, Mark May Band, Rob Leines, The Purrfect Angelz, Shaman’s Harvest, Seven Mary Three, Theory of a Deadman as well as Kid Rock & USO events at the Houston Livestock Show and Rodeo as well as the entirety of the Easyriders Magazine Rodeo Tour 2019-2021; Shane Kelley is always ready to get down with it,
fire it up, and bring down the house!

Shane Kelley is looking forward to pushing “Texas Rock” further outside the Southern Region and extending his reach as far as possible. 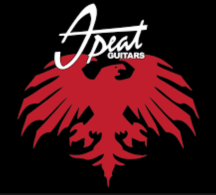