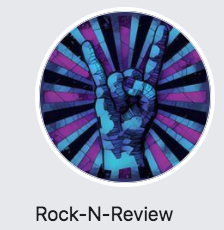 Recently I received a Review on my new EP “Smoke Show” from the good folks over at Rock-N-Review. Give it a read y’all!

There is nothing I enjoy more than stumbling across new kickass rocknroll. As this page will attest to, I like many different styles, but above them all is that southern/bluesy/hard rock sound. On any given day I will listen to just about anything, but nothing hits me harder than quality southern rock. Of course, the logical next question is, what constitutes “southern rock?” I have to shrug my shoulders because from where I sit today it can be anything from Black Stone Cherry, to The Steel Woods, to Blackberry Smoke. I could also throw in several bands I know from Northern California all the way to the UK, so more than geography, I find it to be a sound and an attitude. I said all that, because although I am not exactly sure how to define it, Shane Kelley flirts with that sound on his new record.

A Texas boy we introduced last year fronting The Bayou City Outlaw Band he really wowed me. That record was one of the bright spots of 2019 for me. I liked it so much it made our Album of the Year bracket, so if you missed it you should check it out now. I had high hopes for a weekend trip to the state line to catch him live, so we kept in touch and although I have yet to get him in my lens, he sent me this little gem a couple weeks ago, and just like the first one, it has been hard to put down.

I said he flirts with that southern rock genre, because much like Black Stone Cherry, he goes hard but still has a blues undertone to just about everything he does. His sound is a little hard to explain though. Being a guitar player from Texas you can bet he has some ZZ Top nuances in there, lots of Skynrd from start to finish, but his voice plays more in the George Thorogood arena to me. All this can pull the tone of a particular song in several directions, all of which are magical.

~Drink That Muddy Water~ is the first song I heard and I smiled the second the guitar reported. It starts immediately with a Lynyrd Skynyrd sound, almost has a ~Call Me The Breeze~ feel. The lead guitar hook is diiiirty and the rhythm is so greasy you could fry bacon with it. I put this song up Saturday and I dare you to listen to it and not think of George Thorogood singing southern rock. The solo is squeaky, squelchy, and hot. If you don’t know what that means, again, I can only tell you to give it a click below. This is southern blues rock at its finest. Any rocker from below the Mason Dixon should immediately get that glazed over look in their eyes when that guitar kicks off.

~Built for Rock & Roll~ is next and offers no break in the glory. Again it opens with a slick guitar hook before Shane begins growling at us. More of that Texas blues ZZ Top style guitar here. You either love it or you’re crazy, because this stuff gets my blood pumping!! It’s upbeat, catchy, and is the kind of groove tune that gets my head bobbing. I can see myself jitterbugging with the wife to this one after a drink or two, if I ever learn to jitterbug.

~Righteous Guitar Man~ slows down a little bit, but the slower pace is really just an opportunity for some squealing guitar accents in between the lyrical pauses. As long as I am thinking about it, guitar, lyrics, bass, and percussion all have Shane’s name next to them in the credits. From the playing, to the writing, to the production, this boy does every little thing. The CD cover says Shane Kelley, and that’s what you get. Don’t get me wrong, Grant (guitars), Mike (drums/bass) get in there and do their thing, and they do it well, I don’t want to take anything away from their skillsets on this record, but Shane can apparently play just about anything he puts his hands on, so I wanted to make note of that.

~Whiskey On My Tongue~ closes this one out, and if I had a song of the year contest this one would be in it. From the opening note it reminds me of Black Stone Cherry’s ~My Last Breath.~ That was one of my favorite songs last year, but anything that brings me to a BSC place has a good chance of finding favor with me. The guitar specifically on this one has a heavy southern rock tone, and before Shane even starts singing, you know it’s gonna be a drinking song. “I’m counting days, till my heart stays numb, until those days, I keep whiskey on my tongue.” The lyric snob in me smiles every time I hear it. The slow draaaging lyrics, Jade Marie Patek with her background vocals giving you a gut punch, the crying guitar solo, and all of it just serves to have me searching the cabinet for the Woodford Reserve. I mentioned earlier my excitement for finding new music, and this song is what does that for me. After this covid thing is done and I get over the line to see them play I hope to hear it live. I put it up this weekend so check it out and let me know what you think.

A quick hitter at only 4 songs, I don’t know what else to say. He got my attention last year, got my expectations up, and then delivered again with as solid an EP as I have heard in 2020. If any of the Blacktop Mojo boys are reading this, I would tell them to scoop him up on their next trip to Baton Rouge, New Orleans, and/or Lafayette. That one-two Texas punch would be well served over here with any number of local bands who are more than ready to throw down with this music. At only 4 songs, I hesitate to rate it too high, but as his second release, I can confirm it is not fluke, and therefore am prepared to defend no less than a 4 out of 5 horns on it. If there were just one or two more songs of this same caliber I would go 5 out of 5, easy.

He just had the CD release party last week, so if you are a Skynyrd fan, ZZ Top fan, Black Stone Cherry fan, George Thorogood fan, or just liked the songs I put up this weekend then I highly recommend jumping over and picking up a copy. He is giving away a custom pick necklace with the first 100 purchases, so hurry, this will be one of your best purchases this year, guaranteed. This is one of those CDs that you will look back on later and wish you bought when you had the chance. He mails them all personally, and will probably even write his name on one if you ask.
https://shanekelleymusic.com/merch-store/

Make sure you go check out Rock-N-Review and see what else they have cookin! :